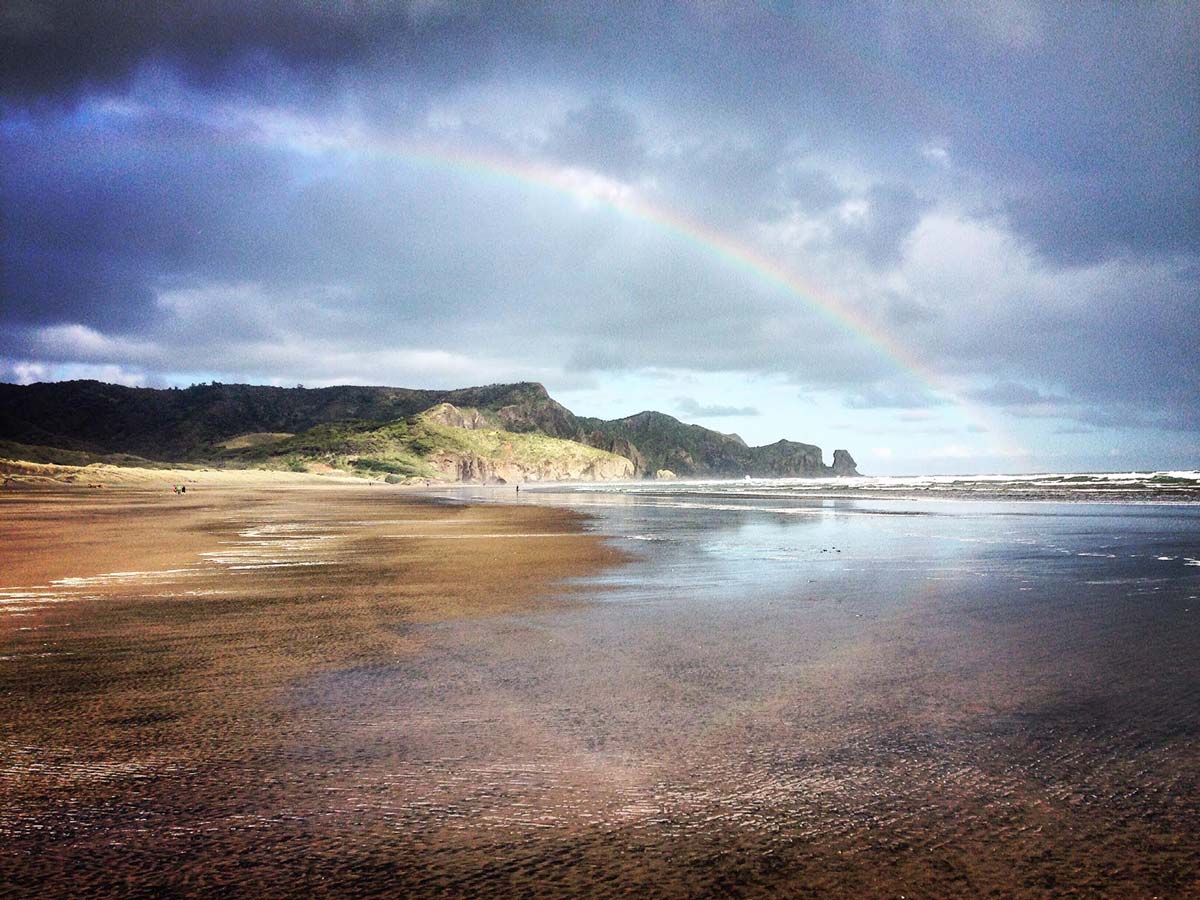 Night after night people would enter my car in droves, enslaved to the same lusts of money, sex, and power. They were looking for freedom, but it couldn’t be found. They were putting up fronts, but you could feel the pain and trauma wincing under their celebrations and smiles. Rich and poor were chasing the same dreams, doing the same dirt, having the same desires, but suffering vastly different consequences. I saw so much injustice. I felt too much pain. I heard too many cries for relief.

This was my life as a lonely taxi driver in New Zealand, driving the ever exciting graveyard shift, picking up anyone and everyone.

“They were looking for freedom, but it couldn’t be found.”

Late one night, I pulled up to the edge of a local cemetery, where the police asked I drive this couple to their destination. I assumed they’d been robbed, as her face was badly beaten and covered in blood. During our short commute, they asked me to stop at a gas station, where they purchased spray paint. As we headed off again I could hear the woman whispering to her partner, “You know how you get on this stuff.” It was at this moment I realized a disturbing fact, he’d beaten her and they were on their way to another isolated area so they could sniff fumes again. All I could do was drop them off and pray he didn’t go into a rage and kill her. It wrecked me. I clocked out and drove home, hitting my steering wheel and yelling at God. I felt so angry, helpless, and alone.

Every night I was picking up and driving men, women, and children who struggled with drugs, alcohol, sex, and poverty. Whether they glorified it or were tormented by their addictions, it was agonizing to feel trapped by the desire to rescue those captured – but knowing I was unable to unlock the door in my own strength. I wanted the Lord to use me, to be his instrument of change, but I felt so small, so weak, so alone, so helpless! I wanted to rescue all those drowning, but I quickly found I was sinking in the very same ocean of despair.

“All I could do was drop them off and pray he didn’t go into a rage and kill her.”

This couple, along with many other situations, helped me realize I needed others. My voice had become nullified. I was more likely to be seduced by my passengers than all my noble intentions to bring Jesus to the “least of these”. It was hard to admit I had failed to fulfill my dreams. These sinking feelings helped me reflect on my previous stay at Jesus People and work at Cornerstone Community Outreach, and it was then I realized it was time to return. I reflected on how I didn’t feel hopeless in the face of poverty. I realized change happens when people come together and work together with a common goal. I reflected on why the writer to the Hebrews instructed us “to not give up meeting together”, realizing such words have such a powerful meaning beyond a church’s four walls.

Since returning to Chicago in early 1999, I have been living in JPUSA and working in CCO. It is here I have experienced the beautiful unity of community and outreach, its invaluable bond. The reflections I had in my lonely taxicab have become reality. Community life gives me people who have my back, people I can pray with, talk to, lift me up, and empower me to move in my weaknesses. Together, we can have an impact, bring change, and challenge the unfair, unjust, and unequal systems that haunt and traumatize our neighborhood.

“I wanted to rescue all those drowning, but I quickly found I was sinking in the very same ocean of despair.”

This bond, which has led to other bonds has enabled me to follow Christ’s example without feeling I’m coasting along on a sinking ship. It’s allowed me to discover my gifts and move in them, and bring a little hope to Uptown, to Chicago, to those experiencing homelessness, to those incarcerated. This bond is one where we affirm one another and give each other the room to move. It’s always beyond just one person, it’s through bringing our talents together, through networking, through forming alliances, through following the example of Jesus, together! Hope comes, change comes, the Kingdom of God moves by finding those who will go into trenches with you and then persevering together with them.

“The reflections I had in my lonely taxicab have become reality.”

After a stint of homelessness and a lot of effort, YaYa finally got his keys to his new apartment this week. I was able to take his photo and celebrate with him, but this didn’t happen just because of me, (No! Not at all), his successful move happened because many warriors who are traveling down the same path came together, for him!

This is the Kingdom of Heaven moving in our midst, and this is what I’ve found through living at JPUSA, working at CCO, and forming bonds with many other people.

Jeremy Nicholls was born and raised in Aotearoa (New Zealand), where he got a degree in theology and drove taxis, giving him a passion for folks on the fringe and experiencing homelessness. After moving into JPUSA in late 1996, he met and married his wife Beth. They have two creative and outstanding teenagers. Jeremy has been working alongside men, women, and families experiencing homelessness at Cornerstone Community Outreach for nearly 25 years. He loves seeing shelter guests successfully move from homelessness to housed. In his spare time he enjoys long walks with his family, studying the Bible with men at Cook County Jail, and fellowship at the Bridge, a ministry for returning citizens.